The SA Film & TV Industry:
Hope for a New Tomorrow

Cornerstone is an independent, not-for-profit higher education institution engaged in teaching and learning in the service of others, to advance human dignity and social justice for all. 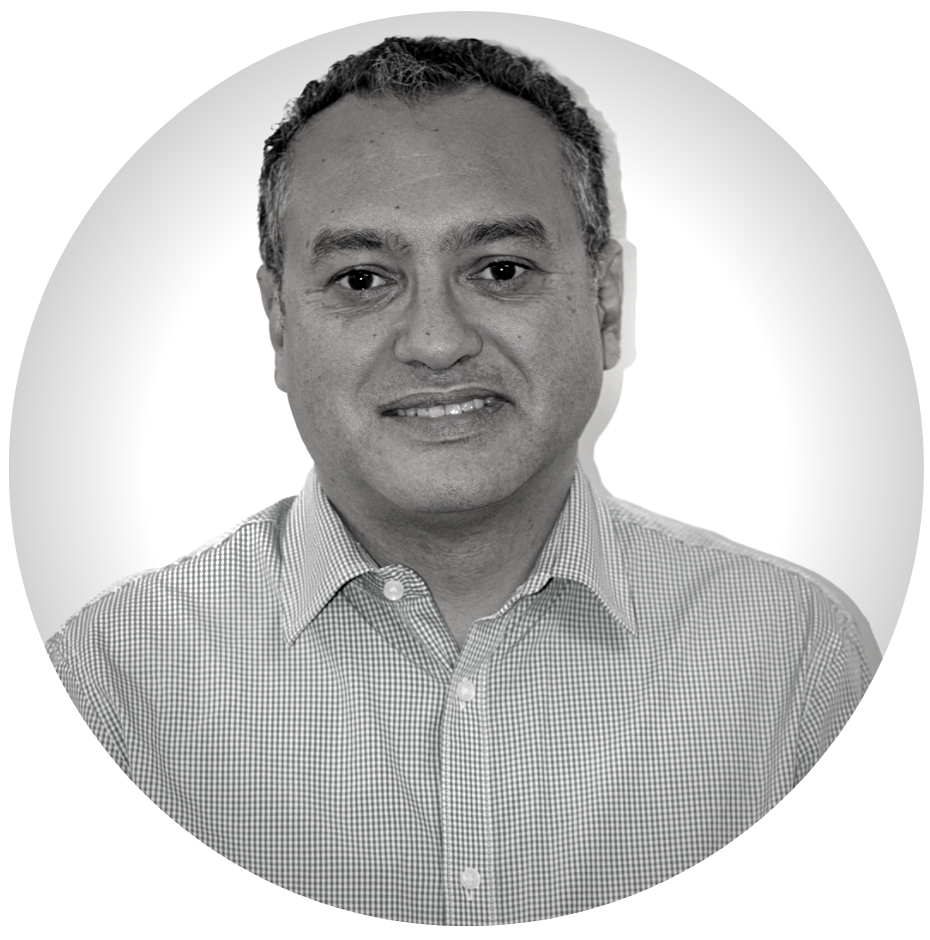 The SA Film & TV Industry: Hope for a New Tomorrow

South Africa is an attractive location for international film shoots. But in its own right, our country has also been recognised for excellent movie productions and talent. Since 2005, when Tsotsi won the Academy Award for Best International Feature Film, several South African productions have won international acclaim.

In addition, the film industry has the potential to attract foreign investment and to create jobs. The South African film and entertainment industry has the potential to generate R120 billion for the economy annually. The National Film and Video Foundation noted that in 2019/20 the industry contributed R7.2 billion to the economy and that it sustained 31 444 jobs. This fell in 2020/21 to R2.9-billion, with just 12 775 jobs sustained.

What is needed for the local film industry to realise its full potential? Who needs to do what in order for the South African film industry to be as competitive as Hollywood, Bollywood, and the movie industries of China, the UK, and Japan? What about transformation of the industry?

In this final episode of the current season of the Cornerstone Critical Dialogues on Bush Radio 89.5 FM, guest host Stephen Langtry will interview members of the South African film industry who have been blazing new trails to help answer these questions and to get a sense of the amazing possibilities that the industry holds – not only to contribute to economic development but also to sustain the arts and cultural life of the nation. 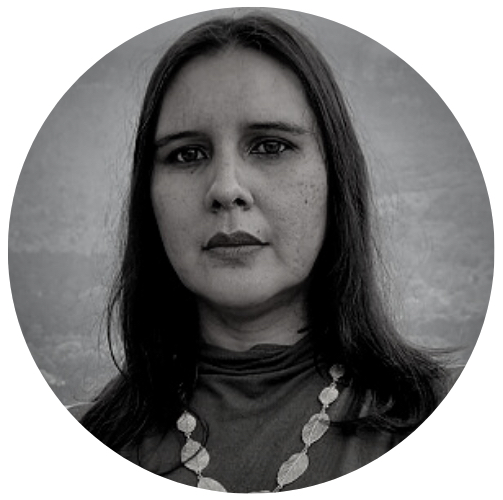 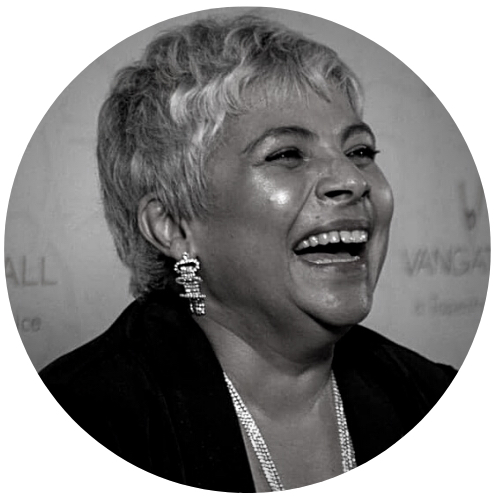 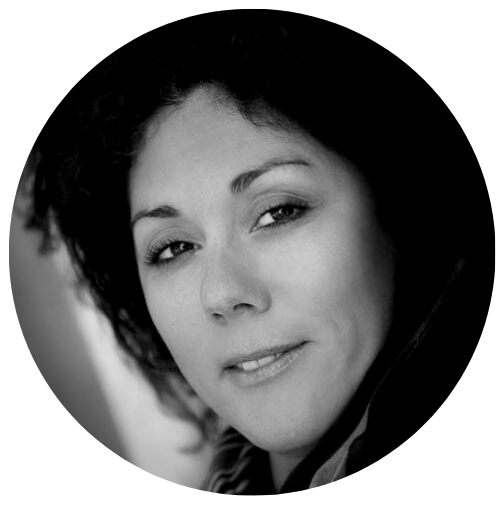 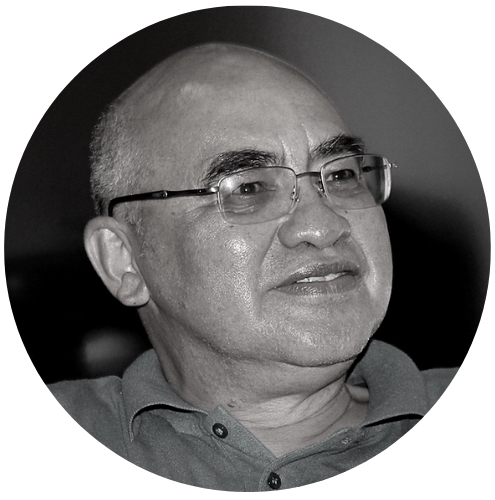 Stephen Langtry grew up in Hanover Park, Cape Town. Living in a Coloured community during Apartheid, he developed an awareness of the importance of social justice. From a high school on the Cape Flats, he went to the University of Cape Town, where he completed his tertiary education.

In addition to voluntary work with various non-profit organisations, he also worked full-time in the higher education sector and the public service.

He has more than 12 years of experience in administration at four different South African higher education institutions, and 11 years of senior management experience in the public service.

Work and personal commitments have allowed Stephen to travel to several other African countries as well as to North America and Europe.

After having lived and worked in two other South African provinces, he returned to the Western Cape in 2016.

Valma self-describes as a ‘colourful’ woman, born and raised in Cape Town, South Africa. Her early childhood in South Africa shaped her understanding of difference. She was naturalised in Toronto, Canada, which deeply affected her view of inclusion, acceptance and proper representation. Her residency and return to South Africa in 1996 alerted her to the fact that transformation and inclusion require active re-education and participation through government-sponsored programmes to assist the evolutionary inevitability of an integrated creative community. Having worked in film in Cape Town since 1996, she has a  clear understanding of the creative landscape on the ground.

Having worked in film for over 25 years as an art director, she was trained by the Directors Guild of Canada and educated through internships with the Canadian Film Centre, Alliance Atlantis, and Women in Film and Television. She possesses a deep knowledge of development, production and distribution. She also attended Cannes Film Festival on behalf of Cape Town Internation Film Market & Festival, where she identified marketing potential for South African projects and festivals, met with commissioning editors from around the world and attended functions at the South African pavilion. With the current partnership between Netflix and SA Tourism, South Africa has an unparalleled opportunity to demonstrate our rich and varied history, culture, and language capacity to the world.

Valma is the manager of the Durban International Film Festival 2022. She will work closely with all current and new stakeholders and funders to build global awareness of African talent by assisting in the evaluation of feasible educational and training facilities and workshops, analysing submissions for funding, and investing in the future of our youth in the areas of writing and development, film-making, distribution, and audience development.

Valma recently participated in the Presidential Employment Stimulus Programme (PESP) Evaluation committee, where she was exposed to the professionalism and diversity of views present in the current organisational structure of the National Film & Video Foundation. She is hopeful that, as we work to transform South Africa’s film and media industry, our goal of bringing the world to Africa and Africa to the world is achievable.

Anton Fisher is the writer and co-producer of the short fiction film Address Unknown, which won the award for Best Short Film at the South African Film and Television Awards (SAFTAs) in 2021. Anton also received two awards from the Writers Guild of South Africa for the script of Address Unknown. The film, which is currently streaming on Showmax, deals with the forced removals that took place in District Six. It was directed by Nadine Cloete and co-produced by Dominique Jossie. Address Unknown was Anton’s first venture into the film industry at the age of 60. In October 2021, Anton completed his second short fiction film. It was filmed in the Free State province in the Sesotho language and is called Leshano (‘The Lie’). This film will be streamed on Showmax from January 2022. Leshano deals with corruption in a local municipality. He is currently working on his first full-length feature film.

Anton was born in Cape Town in 1960 and matriculated from Livingstone High School. Later he graduated from the University of Cape Town (UCT), but never studied film or television production. He started his career in journalism and then moved into government communication. He is a firm believer in telling authentic stories about our lives as part of one global community. “The more authentic the story, the greater its global appeal,” is his motto for making films.

Weaam Williams is a screenwriter, director, actor and poet. She has found her voice as a woman and activist using cinema.

She is a multi-disciplinary artist who works with poetry, music and film. Her documentary directorial debut, Hip-Hop Revolution, had its international Premiere at Silverdocs in 2007. It won the Best Edited Film Award at NYC Reel Sisters Film Festival in 2008, and has been broadcasted in 28 countries.

Weaam has recently completed the feature-length screenplay for Two Hues and has been selected among 20 filmmakers worldwide to participate in the largo.ai programme, where she is developing a business and distribution strategy for the project. Largo.ai uses artificial intelligence to assist filmmakers with financial forecasts, project matching and distribution. She is currently co-writing a screenplay with prolific author Tsitsi Dangaremba. Weaam is passionate about tangible transformation both as an artist and an activist.

Vinette Ebrahim is a South African actress. She learned acting “on the hoof” in Cape Town, working as a stagehand, actor, and other jobs in the theatre.

Vinette Ebrahim’s father worked as a teacher in Woodstock, a suburb of Cape Town, South Africa, as well as an actor, writer, and director. In the late 1950s, he moved the family to Coventry, England, to work as a stage manager. The family later returned to South Africa.

Ebrahim played the central role of Charmaine Beukes Meintjies on the South African television soap opera 7de Laan from 2000 to 2019.

Ebrahim has performed in theatres and at theatre festivals throughout South Africa, including the Suidoosterfees and the Klein Karoo Nasionale Kunstefees. At the Klein Karoo festival in 2007, she performed in an Afrikaans-language production of Athol Fugard’s play, Boesman en Lena. She received the Kanna Award for Best Actress for her role as Lena.

At the 2013 Naledi Theatre Awards, Ebrahim won the award for Best Performance in a Play in a Leading Role (Female) for My Naam/Name is Ellen Pakkies. The play tells the real-life story of a South African woman convicted of killing her drug-addicted son after enduring years of abuse.

Ebrahim has also written plays, including Die Ongelooflike Reis van Max en Lola, a two-character work she co-wrote with South African playwright and director Hugo Taljaard. Ebrahim based the play in part on her long-time friendship with South African actor Chris van Niekerk. In the play and in real life, the friendship between a white gay man and a Coloured woman persisted, even through the Apartheid era. Ebrahim has said that during the Apartheid era, Van Niekerk would attend one cinema, while she attended another, and “then we’d come together and act stukkies [scenes] out”.

At the Klein Karoo festival in 2016, she performed in Invisible, another play she authored in English and Afrikaans. In Invisible, she portrayed a homeless woman who once was a resident of Cape Town’s District Six.

Ebrahim has also created a one-woman show about her life, Praat Die Storie Smaak Kry (‘Let’s Spice It Up’), which she has performed in Afrikaans and English throughout South Africa as part of National Women’s Day celebrations.

In July 2019, it was announced that Ebrahim would exit her dual roles of Charmaine and her evil twin sister Vivian because “all potential stories around Charmaine and Vivian have been exhausted”. Ebrahim ended her 19-year run on the show on 24 October 2019. In an interview published in the South African magazine Kuier, Ebrahim stated that she had been forced to leave 7de Laan. She said that she had anticipated her exit for some time, and she disputed the claim that there were no more storylines for her character Charmaine.