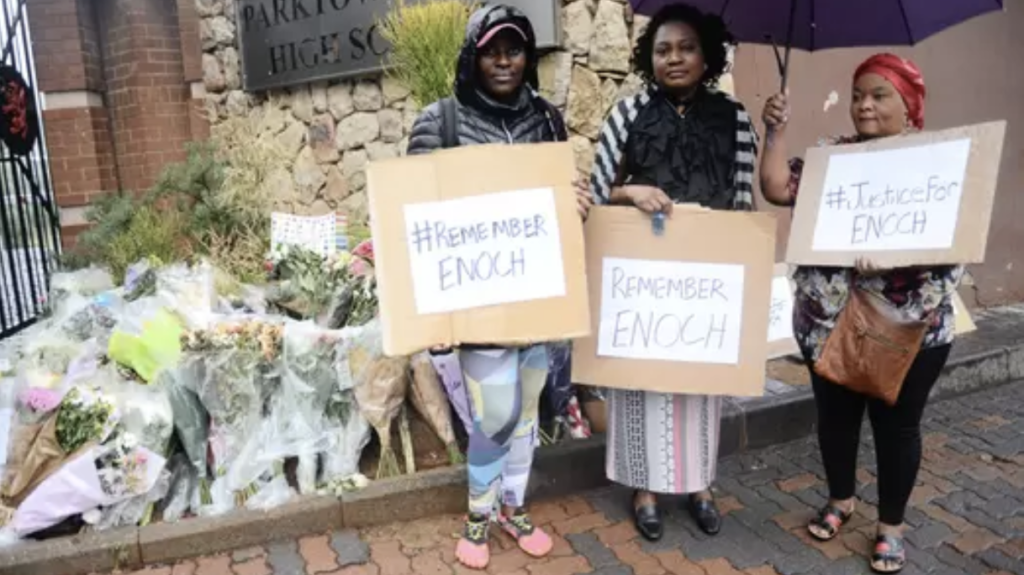 Enoch Mpianzi’s death continues to haunt me. As does the shooting of 38-year-old Cape Town police officer Thando Sigcu. As does the downgrade to junk status of the Land Bank by Moody’s. Add to that the 3000 workers at Telkom who will lose their jobs or the 43 Massmart stores that will close and we are sitting in a horribly junk place right now.

Let’s complete this picture by adding in the thousands of victims of crime each week; some die and others survive the horrible experience – and we all know that no mindless political speech is going to fix this trauma.

We are a nation facing an explosive crisis of leadership. From Parktown Boys where Enoch spent a mere two days as a pupil to the place where officer Sigcu died in Heerengracht Street, on to the big white building in the Gardens, the crisis of leadership is a cancerous growth on our national wellbeing.

The crisis of leadership in South Africa is its failure to internalise freedom and its accompanying responsibility. We govern our country, lead our schools and run our businesses like oppressed people. We think, write and behave like oppressed people. As Paulo Freire, the Brazilian educator and philosopher said in his major work, The Pedagogy of the Oppressed, “the oppressed, having internalised the image of the oppressor and adopted his guidelines, are fearful of freedom. Freedom would require them to eject this image and replace it with autonomy and responsibility”.

All over this country, we have school principals, politicians and business leaders who have not internalised freedom or adopted democratic values and have avoided taking responsibility for leading a freedom narrative. It is Freire who, in analysing the evolution of the oppressed, says: “The oppressed, instead of striving for liberation, tend themselves to become oppressors.” He further says these powerful words: “In order for this struggle to have meaning, the oppressed must not, in seeking to regain their humanity, become in turn, oppressors of the oppressors, but rather restorers of the humanity of both. This, then, is the great humanistic and historical task of the oppressed: to liberate themselves and their oppressors as well.”

It is nauseating to realise that the mind of the oppressor still lives in all of us. We have simply traded places. Enoch’s life was cheap: a black child’s life. The farmer who was murdered was just a Boer that must be killed.

The luxurious lives of our politicians is an exact copy of the lifestyles that the colonists and the oppressor had. Why? Because we have not developed an internalised freedom.

We do not have a pedagogy of freedom. We don’t know how to teach it, live it and practise it.

We don’t understand its requirements and its responsibilities. And therefore, all we simply do is to become like the oppressor in our leadership styles.

Enoch could have been alive today if the school leadership had taken the time to internalise its responsibilities to freedom. But all they did was to mindlessly continue like they did under apartheid, which is to practise their oppressive, unaware and underdeveloped views: “Okay boys, it’s time to man up, hey, it’s time for a challenge, to trek to the mountains and endure and become a man, hey!”

Enoch died. Officer Sigcu died because a black man with a gun must be a criminal, not a defender of our peace. A farmer is murdered because he must be a racist oppressor and can never be seen as someone who fought in the trenches for freedom.

We have failed to understand what a freedom narrative is.

We have failed to internalise our freedom.

There is no teaching, practising or living of it.

All we see are leaders who daily remind us what oppression was like.