A photograph depicting separation of `whites and `non-whites’ on a bridge in Cape Town. Picture: Supplied

As a people, we need to be kinder to ourselves. We need to take the time to acknowledge and accept that a lot of what we are faced with today is a result of unaddressed collective trauma. And that trauma isn’t of our own making.

We are being raised by people who lived through South Africa’s darkest time and have never had the opportunity to unpack how that affected them.

People who have never told their stories and had to shift from being treated as less than human to singing the kumbayas of the Rainbow Nation.

Unfortunately, with trauma, if you don’t address it, it will find a way out. And the form/s that it manifests through are something you may not be able to control.

We are a nation that has slapped a plaster on a festering wound that we want so badly to believe isn’t there. It’s the reason we often get viral videos of racist incidents that we feign shock over. Incidents that we want swift justice for. What we aren’t saying is that no matter how many times we tweet about those incidents and make them go viral, that form of justice will never be enough. 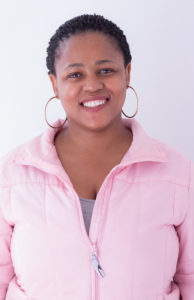 Justice would be giving people their land back and telling families where their loved ones are buried.

Until this point, we have approached our collective trauma without the care it actually needs. It’s like a seed that was thrown on fertile soil but expected not to grow.

At a recent critical dialogue on the psychosocial elements of race/racism, Valdi van Reenen-Le Roux of The Trauma Centre, told how during apartheid her mother died in their home because medical services didn’t go into black and coloured areas.

Today, EMS professionals are attacked when entering areas in the Cape Flats. Today, we have the SANDF in those areas as a result of the aftermath of how successful colonialism and racism has been.

The fact that we have debates about how we identify shows that our very identity is still an enigma.

There’s a constant war about political blackness, the refusal of some to identify as any race and those who want to be able to use racial slurs and tell others to “just get over it”.

People can’t get over what they are still affected by. That’s why you still see discussions online about the prejudice and tension between coloured people and black people.

For some reason, we still speak of our apartheid past on a black and white level as if those are the only people who are the victims of a past that’s thriving in our present. Because of this I am inclined to agree that race is a distraction.

We need to collectively shift out of the survival-mode gear that we’re in because we’re going nowhere slowly, and it’s not okay.

* Sandisiwe Samuels is a media co-ordinator at Cornerstone Institute. This was inspired by discussions at the Critical Dialogues towards Reclaiming Agency, hosted by the institute.