#changethestory: We are a nauseatingly murderous people

IOL  / by Lorenzo A Davids / By Opinion

We are a nauseatingly murderous people. Our bloodstained history tells the story of our murderous conduct. White and black.

This month we commemorated The Trojan Horse Massacre in which Jonathan Claasen, Shaun Magmoed and Michael Miranda were murdered by police on October 15, 1985, in Thornton Road, Athlone.

The 21-year-old farm manager Brendin Horner was murdered on October 1, 2020, and his body bound with rope and tied to a pole on the De Rots farm outside Paul Roux, Free State. The Boipatong massacre took place on the night of June 17, 1992, in the township of Boipatong, outside Vanderbijlpark. The Bisho massacre occurred on September 7, 1992, in which 29 people were killed.

During the Marikana massacre on August 16, 2012, 34 miners were killed by the SAPS. An elderly farming couple, Danie and Breggie Brand, and their daughter Elzabe, were attacked on their farm in the North West, then kidnapped and murdered on July 28, 2020. The 19-year-old UCT student Uyinene Mrwetyana was murdered on August 24, 2019, by South African post office worker Luyanda Botha. 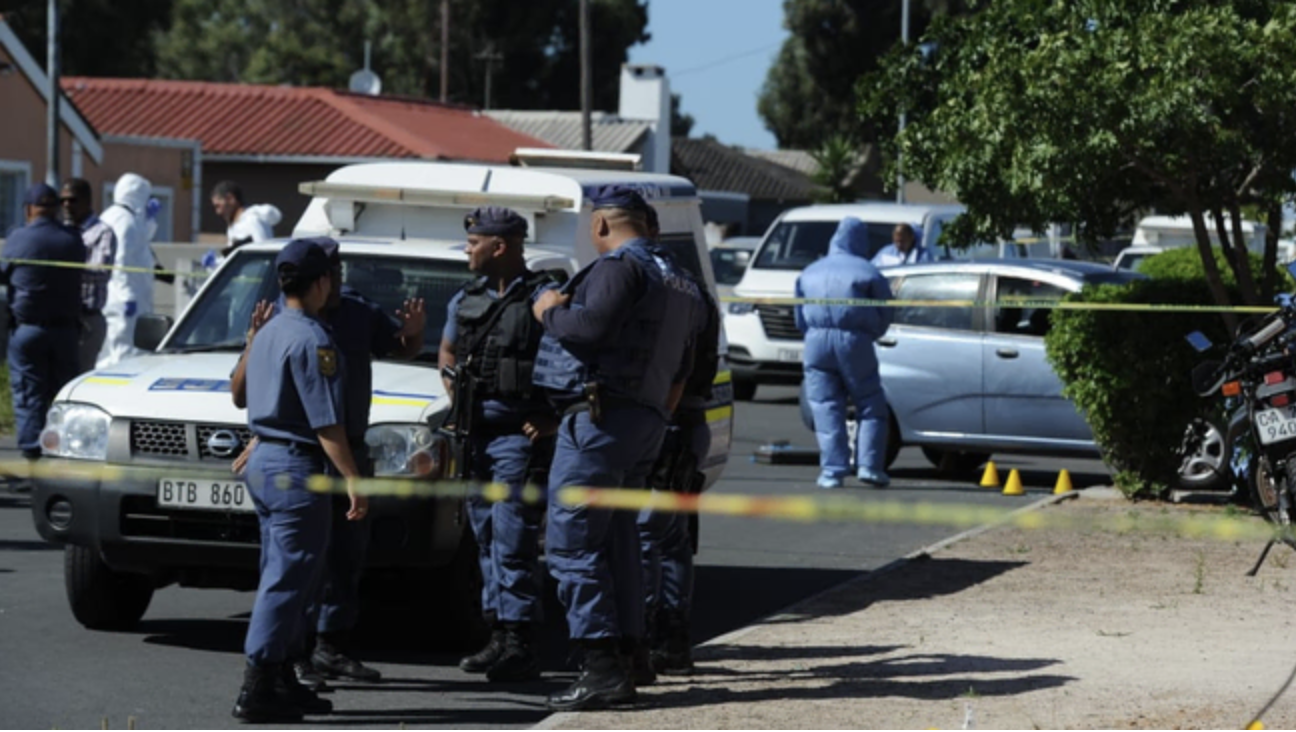 “We need to stop and assess the culture of murder in our country,” writes Lorenzo Davids. Picture: Henk Kruger / African News Agency (ANA)

Jesse Hess and her grandfather Chris Lategan were murdered in their Parow flat on August 30, 2019. Tazne van Wyk was found murdered after she disappeared on February 7, 2020. She was just 8 years old and lived in Elsies River in Cape Town. Twelve-year-old Asheeq Mitchell was shot dead in Athlone on April 26, 2018. I could go on to fill this column with the names of people – over 21 000 of them – who are murdered annually. We need to stop and assess the culture of murder in our country. What deep questions are we not asking ourselves? Why are we only enraged when people from “our group” are murdered? Why do we “thank God it’s not us” and move on?

Murder is a cancer in our country. It is not feared. It is callously executed. It is celebrated in some dark spaces. It lives in our psyche and our neuropathways. From political executions post-apartheid, to the murder of women and children, to farm and commuter attacks, murder lives on in our DNA. We have refused to deal with this cancerous growth. We keep statistics on it. We attend its funerals. All the while, its cancerous growth keeps on spreading.

Politicians have proven to be useless at bringing it to an end. We, the people, do not want murder “under control”. We want murder to end. Celebrating a 1% drop in the murder rate is like celebrating that my brain cancer is not spreading to the rest of my body, without realising that because it is in my brain, the functioning of every organ in the body will eventually be affected by it.

We need to have grass-roots murder conversations, not highbrow discourses. We need to go into every neighbourhood, farm and village and ask for the names of those murdered in that community. We need to process these dark deeds in the open, with care, respect and understanding. We need to dedicate time to this dialogue.

Aristotle said that “poverty is the parent of revolution and crime”. From the early days, when Nongoloza Mathebula formed his raiding gangs in Johannesburg to fight the exploitative nature of poverty, to the “home guards” in the early days of Manenberg, through to the gangs of 2020, the state has been an enabler of crime and violence through its obsession with wealth, classism and the exploitation of the poor. Apartheid was such an enabler. Today’s political elites and their practices of unpunished corruption are such enablers.

If the economic impact of democracy does not end exploitation, and if the distribution of power remains race- and class-based, murder will be with us. Poverty, injustice and hunger are murder enablers. A politician in party apparel cannot fix this. We need a national conversation on murder and its enablers.

Do you have something on your mind; or want to comment on the big stories of the day? We would love to hear from you. Please send your letters to arglet@inl.co.za.