University fees in 2017: how much it costs to study in South Africa 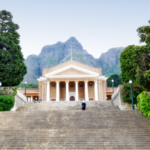 South African universities have come under constant scrutiny for the high cost of education across the board, but could not escape hiking fees in 2017.

Following a fee increase freeze in 2016 due to widespread student protests, 2017 once again saw fees hiked at tertiary institutions.

BusinessTech looks at how much SA students at some of the top universities in South Africa will need to cover their chosen Bachelor’s costs for the first year of study.

The fees sourced include the following undergraduate degrees:

The fees listed below give a range in which various bachelor degrees in the respective faculties fall. The fees are applicable to first year studies for 2017.

Fees are typically charged per module needed to make up the credits of a given degree, thus the fees represented below give the broader idea of the cost of a single year of study, rather than a comprehensive overview.

South Africa’s universities also offer different residence options, both on and off campus – self-catering and with food options.

Prices for residences vary depending on location, size (single or double) and gender (men and women have different fees).

Below are the price ranges students can expect at the various universities.

South African students have taken to the streets across the country in two consecutive years protesting the high cost of university in South Africa. With each protest, more pressure is being put on government to realise its promises of free education for all.

However, concessions have been made, with higher education minister Blade Nzimande acknowledging that free education for all is not a realistic goal, as someone has to pay.

This has pushed the government, and the ANC as the ruling party in particular to address the needs of the poorest students, as well as those who fall into what is called the “missing middle” – the group of students who are too ‘rich’ to qualify for student aid, but still cannot afford to go to university.

To this end,  one of the key resoultions and recommendations to come out of the ANC’s recent national policy conference was for the party to continue to strengthen measures that will improve access to higher education for this group.

The ultimate goal, the ANC said, is to achieve free higher education for these students.

“This should not be limited to the role that NFSAS play but should also include the role of private sector in this regard,” the party said.

Some universities have come to the party by only increasing fees for 2017 for those students who can afford it. Students who fall into the missing middle would pay the same fees as in 2016 (or 2015, as it were).