The Reality of Intersectionality 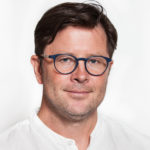 They died during the national lockdown following incidents of police brutality.

These tragedies matter not only due to the deep traumas their deaths represent. Their deaths are made significant by claims that undue force used by police to enforce lockdown rules contributed to their demise. If true, their deaths will represent state-sanctioned violence against ordinary citizens – a state of affairs that will give life to our most dreaded fears that the traumas of apartheid remain with us, ever present just under the skin of a young democracy.

These fears are made more real because the continuing reports on the circumstances of the deaths of Khosa, Miggels, Amos, Emmanuel, Montsumi and Sigasa increasingly resemble cases of deaths following police brutality that drew global outrage, most notably, the death of George Floyd in the USA.

His death sparked protests against persistent incidents of police brutality against black people in particular – protests that saw a global surge in the movement against unjust and brutal policing of black communities.

In this past week, also locally, protests continued at the gates of Parliament to protest police brutality and the deaths of Collins, Petrus, Sibusiso, Adane, Robyn and Ntando.

One of the conflicts within the movement is the seemingly opposite rallying cries of #Blacklivesmatter and #Alllivesmatter.

#Alllivesmatter is taken as a white response to #Blacklivesmatter, which aims to protest police violence against black people, while #Alllivesmatter arguably supports the cause to save black lives, but from the perspective that racial dynamics should not serve as the overarching framework to build the movement, but rather a non-racial affirmation of the value of human life.

#Blacklivesmatter argues that those who face police brutality and die are black, and only black, not white. Violent deaths of black people following police brutality in the USA far outnumber any other – it is black lives that count for nothing, and therefore, the movement must speak their names.

Similar conflicts plague South African movements for social justice, as revealed in the local protests the past week. Media images of the protests show either black activists discussing the need for change, or white protesters holding placards in support of #Blacklivesmatter.

Black and white, however, play different roles in reports, with black voices representing the cause for justice, as they must, and white voices shown as extraordinary in some way since white people presumably would rather support the claim to non-racialism of #Alllivesmatter.

One way of making sense of the seemingly opposite claims to race or non-racialism is to read police brutality in terms of how different categories of injustice work together to bring about particular types of violence – violence as an encounter of intersectionality.

“Intersectionality” refers to how various categories of social injustice combine so that particular groups of people, and not others, become the target for violence. This reality emerges when one notes that those who died during the lockdown are only black, and on the face of it, lived in poorer communities.

Poorer communities are assumed to be black and to be more prone to social difficulties, and therefore to require more policing. Where you live, your class, your race and your gender, among others, in hidden ways intersect to place you at the centre of policing, or not; at the centre of violence, or not, as it did Collins Khosa, Petrus Miggels, Sibusiso Amos, Adane Emmanuel, Robyn Montsumi, Ntando Sigasa. Say their names. #Blacklivesmatter.