The reality of higher education in a post-pandemic SA

With campus protests for fee-free learning, some violent, returning in full measure, little seems to have changed for past student struggles in post-pandemic South Africa. 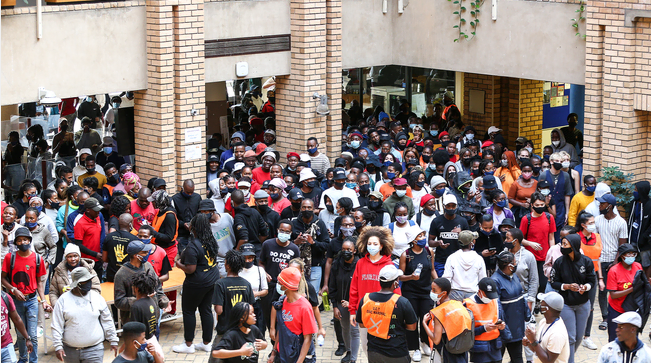 The South African Union of Students (SAUS) called for a national shutdown of campuses last week, with students at public universities following suit to a greater or lesser degree.

Several institutions were quick to respond with solutions, allowing students with unsettled accounts to register, as is the case for most of the universities in this province. On the face of it, the student movement seems to represent a united front.

However, students at the University of Fort Hare decided not to join the national shutdown. They called on students to stand down from the shutdown to protest the priority that SAUS afforded student struggles at richer, historically privileged campuses, in recent years.

The union does not call for national shutdowns, they argue, when students at historically disadvantaged campuses, such as theirs, protest to resolve the very same challenges. This decision to divest may represent more than the types of internal debates that characterise a student movement, as does the quick responses by institutions to find immediate solutions for how institutions and students engage.

Arguably, the developments signal underlying shifts that correspond with the global consensus of the impact of the pandemic on higher education. The shifts are more than the technological and organisational changes that learning and teaching requires today.

The shifts also relate to the deep changes in how universities make sense of their place in the world, their mission at this point of human history, and the architecture with which they construct their role. Five discourses in university life offer possible ways to make sense of deep shifts.

The first deals with the tension among debates that keep different opinions separate, and conversations that combine diverse issues. This is the discourse of “dialectics and intersects”, as seen in the tension of violent oppositional protests at some campuses, and the combined issues with which another chooses to divest.

The second discourse deals with the tension of dominant and subordinate voices in university hierarchies, in knowledge work and campus decision-making.

This is the discourse of “hegemony and hegemons”, where students and managers struggle for power and to be powerful, either by attempting to gain power by force or by consensus, as revealed between the degrees of campuses joining the shutdown and the responses with which institutions respond.

The third discourse deals with the tension between threatening conduct to achieve agreement for change among stakeholders, and ideological engagement to do so. This is the discourse of “coercion and consensus”, where stakeholders either with symbolic or physical violence or with appeals to ideological commitments, aim to achieve their agenda.

The fourth discourse deals with the tension between the remote location of students, learning and struggles, and the need for central hubs of work to sustain institutions – the discourse of “centrist and distributed” knowledge, where those most distance from a campus, today have equal proximity to institutional processes.

Protests at campuses that are read to be at the centre cannot any longer continue without full participation of campuses at the margins.

The fifth discourse deals with the tension of established and silenced voices when national protests develop, as it does for deep notions of who holds knowledge and who does not – the discourse on “authorship and readership”, where novel views of national movements rewrite the storyline of protest.

As is the case for the student voice at Fort Hare to disrupt a centre, gain a voice, direct discourse and so reveal a post-pandemic reality in higher education.