The ecology of protests: A diversity of causes make up a vibrant democracy

They opted to paint part of a sidewalk on Roeland Street. To give voice to the LGBTQIA+ community, a restaurant in the city recently painted the pavement on its doorstep in the rainbow colours of the pride flag.

As people walk over the bright colours of the flag, their steps represent a performance of citizens and a political tactic to rally others to a cause. 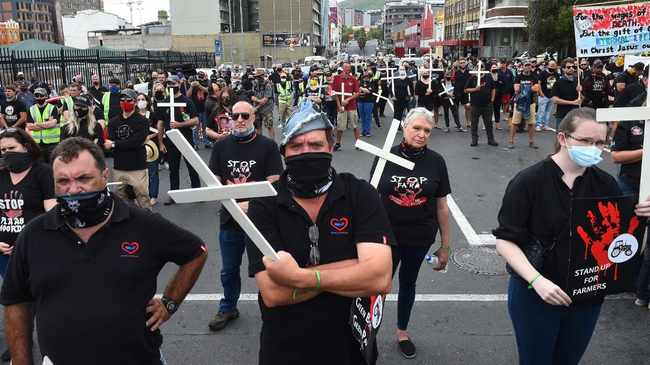 Farm owners marched to the parliament where they prayed and handed over a memorandum to members of parliament demanding an end to farm attacks and murders. They were joined by bikers who carried flags and white crosses. Picture: Phando Jikelo/African News Agency (ANA)

Last Sunday, a protest march by farmers and farmworkers also moved along Roeland Street and to Parliament to demand government interventions to stop farm murders – a citizen performance and political tactic to influence state priorities. Beyond Roeland Street, in Parow, the National Union of Metalworkers demonstrated at the offices of the Retail Motor Industry organisation to resolve a wage dispute.

Numsa general secretary, Irvin Jim, demanded that the industry stop playing with workers’ lives – a political performance and tactic to force the implementation of wage agreements. And, in yet another incident, the political tactics of the Concerned Residents of the Atlantic Seaboard to boycott rate payments in protest of poor service delivery, were halted when the City cut their water supply.

The four incidents are only some of several different citizen protests every week, each with its unique cause, tactics, participants and impact. Add to these four distinctions the particular social and economic context of the group and the number of elected representatives in city structures they have, and one arrives at a basic set of indicators of how diverse citizen protests relate to one another.

Taken together when considering the multitude of protests taking place simultaneously in and across diverse communities, the six markers represent a basic matrix to describe the very prominent social dynamic of very different groups that publicly declare their cause – a matrix to make sense of an “ecology of citizen protests”.

The notion of an ecology of protests refers to how the priorities for which diverse interest groups argue, relate to each other. It also refers to the continuous movement of how those priorities that resonate with broad concerns and win political support find expression in public policy through the work of elected representatives. 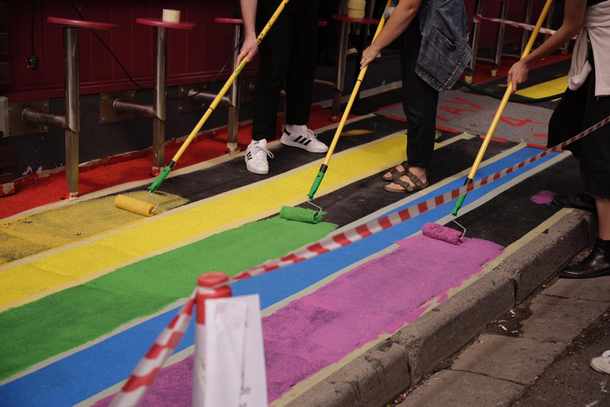 Popular views of protest action often consider protesting groups as people who find themselves at the fringes of society and marginalised in formal political processes.

According to this view, such groups become radical and use protest action as a weapon to disrupt the order of an otherwise peaceful society. Hence, hard ball tactics by the state to suppress dissent and citizen action, even when violent, often carry more support than one reasonably would expect.

These views reduce the role citizens and their communities play in a democracy to a simple social hierarchy of the powerful and powerless. Social hierarchies play a major role to sustain injustices that plague society but succeeds for the most part only in describing the distances between people.

What protest actions by citizen groups offer a transitional society is “direct democracy” – in-person performances by citizens to argue their cause outside of the system of representative politics.

In such a democracy, diverse communities and collectives continuously table their cause for discussion in public spaces, and so ensure that diverse agendas interact to determine the policy decisions that representatives adopt.

While protests differ, they all relate in the continuous dialogue of diverse causes that together make up a “society of movements”.

This is a society where a diversity of causes together make up the bright colours of a vibrant democracy, as seen under foot when walking on a pavement in Roeland Street.

* Rudi Buys is the executive dean and dean of humanities of the private and non-profit higher education institution, Cornerstone Institute.