Thandi de Kock was born in 1994. A very important year when South Africa saw the transition from the apartheid system to a democratic country for all South Africans.

Thandi didn’t understand the impact at the time, but her parents did.

Her parents provided her with a great childhood, which Thandi says she is so grateful for.

“I had an amazing childhood. I can honestly say that now, and I’m so grateful for it. My parents brought me up in a wonderful way. They started working for SanParks then, and are Conservationists now. By the time I was four, I was hopping from every single National Park to another in South Africa. That’s how I saw my country. My brother and I were proper bush babies”.

Thandi was fortunate enough to grow up experiencing the beauty and diversity of South Africa but still ensured that her education was a priority.

“After matriculating, I went to study in China for a year with the intention of doing a degree”. 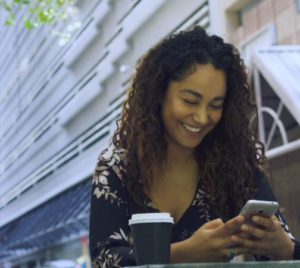 But just like many of us, Thandi had to overcome adversity.

While on her way to pursuing her career, Thandi met a boy who she married after a year. The marriage did not work out, leaving Thandi depressed.

“I met this boy who I then married a year later. The marriage was abusive and I had to get a divorce. I was very depressed for a couple of years.

That was when Thandi found out about Cornerstone Institute through her dad and via social media.

Thandi de Kock had always wanted to study and this was something to get her mind on track. 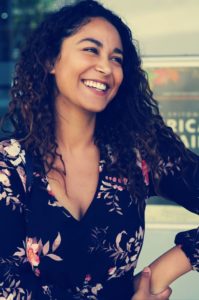 “I wanted something that would make me feel like I was learning every single day and pushing myself, and thinking critically about things. I wanted to be busy, I wanted structure.

“Cornerstone Institute provided me with that sense of structure that I wanted. It opened up a lot of avenues that I didn’t know I was interested in. I didn’t know how passionate I was going to become about social issues and social change, particularly gender-based violence and feminism and women’s rights in South Africa. Because of my personal experience, it’s pulled me into wanting to do better, and be better”; Thandi explains.

Thandi is currently studying Media and Sociology at Cornerstone Institute.

“I am surprising myself by how competitive I can become with myself. How much I want to do better everytime. I have achieved a sense of commitment through Cornerstone. Willemien Calitz, my media lecturer has inspired me so much. She’s opened up this big box of media. She’s amazing”.

Thandi’s role model, who is the most important man in her life, is her dad. And Thandi is not stopping here, hoping to make her dad proud.