#changethestory: State’s failures come to the fore during Covid-19 crisis

By Lorenzo A Davids, 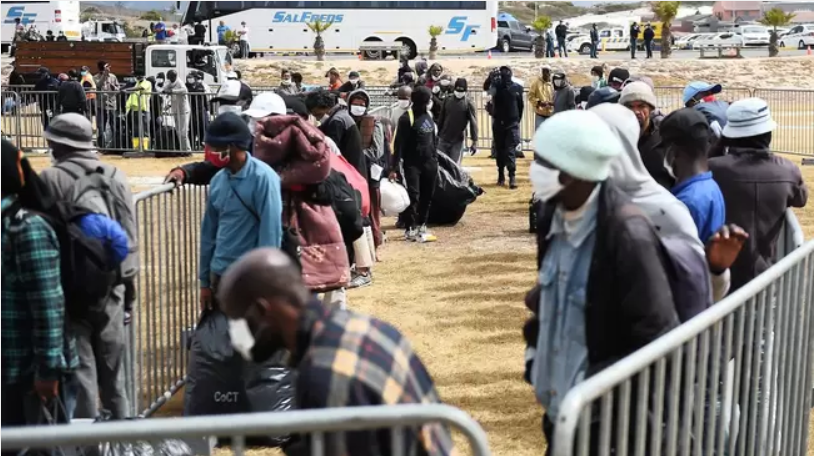 In 312 BCE, the Roman Emperor Constantine decreed that the shields of his soldiers should be emblazoned with the “chi-rho,” the letters X and P, which are the first two letters of the Greek word “Christos.”

Governments have always sought to use religion to justify its policies. The National Party, during apartheid, were given licence by the Dutch Reformed Church to persecute and oppress black people.

Instead, they blessed the fences that destroyed people’s dignity, led to the rape of a woman and caused HIV-positive people to live without their ARVs for days on end.

After their prayers to bless these wretched practices, one religious leader circulated a voice note that contained this sentence: “I do not have enough compassion to contend for a different way of dealing with it.” It reminded me of apartheid police minister Jimmy Kruger, who on being asked about the death of Steve Biko in detention, said “It (his death) leaves me cold.”

Other religious leaders proudly shared on social media the boxes of food they received from government.

If ever there were 30 pieces of silver paid for the betrayal of the justice frameworks of the three ancient religions, then this was such a moment.

The names of these religious leaders will be recorded in history for standing in the place of injustice and blessing the state.

But they are not the only ones who have shown themselves incapable of insightful leadership. From Police Minister Bheki Cele, who spews forth illogical statements, to Transport Minister Fikile Mbalula, who flip-flops on policy more often than a MacDonald’s burger fryer, those tasked with holding our legislative and constitutional frameworks have been unimpressive.

With Plato and the brattish JP Smith, they are joined by Stella Ndabeni-Abrahams and the Sassa leadership in this portrait of infamy and incompetence.

Talking of Ndabeni-Abrahams, it reminds me of the bubonic plague in 1901 in Cape Town, when the-then City leadership also decided to set up an isolation camp for black people infected with the plague, at the site that today still carries that name. How history repeats itself.

The other villains of lockdown infamy are the SAPS and the army, which showed us that transformation of our law and order services post-apartheid was but another tender gone wrong. The most visible symbols of lockdown during this period has been their apartheid-like kragdadigheid and the sjambok.

I kept waiting for the apartheid Casspirs to appear around the corner.

Add into this portrait of infamy the City of Cape Town’s Law Enforcement Unit that went on a rampage to destroy more than 100 people’s homes in Empolweni, Khayelitsha during the holy Easter weekend.

With rubber bullets, stun grenades and tear gas, they drove the spear of the state into the sides of the already broken and crucified poor.

Despite these portraits of infamy, our president has led with exceptional dignity. Not always perfect in pitch, but definitely fuelled by well-reasoned intelligence. So too has Western Cape Premier Alan Winde, with his insightful and communicative leadership, along with his Social Development MEC Sharna Fernandez. All three of them have shown that in times of crisis, they are capable of rising above party politics to serve the county.

If this lockdown has done anything, it has shown us where the vestiges of apartheid thinking still linger in the dark corners of religion and bureaucracy, as well as where the light of justice truly shines.