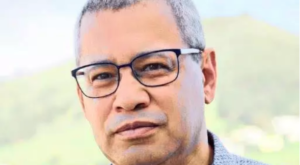 This year was a traumatic year in which every imaginable political nightmare reared its ugly head, writes Lorenzo Davids.

This year was a traumatic year in which every imaginable political nightmare reared its ugly head.

It revealed a once-profound political architecture in crisis mode. We are yet to read the full narrative on state capture, but the first few chapters have revealed death, deceit and lies that plunged our globally-admired democracy into a quagmire of corruption. We saw the unacknowledged burial of SAA, Eskom rushed into ICU and Prasa in the emergency room.

All this emanated from a narrative that defied foundational democratic values. Leaders are to create a public square unencumbered by corrupt practices, free from the politics of hatred and avoiding addictions to money and power.

In every aspect they failed us. We now have a freedom that is based on what you can pay for and determined by who you hate. These deviations have poisoned the well of freedom. A democracy-deserving public are held to ransom by leaders who continually feed them a truth that they themselves do not practice.

They have lied to the people about prosperity and freedom, and have tainted the vision of a country that will never again taste the bitterness of oppression.

People were fed ideologies parading as doctrine, fiery diatribes as informed political theory and feeble constructs parading as democratic policy. We were told that if only we could get rid of racists our country would be better.

In democracies, we are supposed to hold people accountable for their deeds and prosecute them without fear or favour. In truly progressive democracies, while holding people to account, no one is annihilated – physically or morally. It is an interesting fact that countries like Japan, Germany, South Korea and Vietnam, who all suffered virtually complete annihilation through war, are now part of a global cohort of democracies with educational and economic data that are increasingly beginning to surpass the countries that attacked them. The one feature all these countries have is that they refuse to live in perpetual retribution. They actively built a non-retributive culture into their social fabric as a moral compass.

It was president Mandela who taught us through his life that it is totally acceptable to forgive people because that’s what good leadership does. If our democracy is to return to stability, we need to do two important things: hold offenders to account and hold ourselves accountable to not live with hatred and retribution. An ability to forgive is what protects freedom from its political enemies.

Much of our recent democratic journey has taught us to seek retribution. We have been fed populist hatred. Their chalices of hatred are condemning our people to a life of strife and poverty. All this while they sleep with the supposed enemy and sit at the supposed enemy’s table to gather all the wealth into their own coffers.

All of us who love the truth, who love this country and its people, must work to stop poisoning the well of freedom.