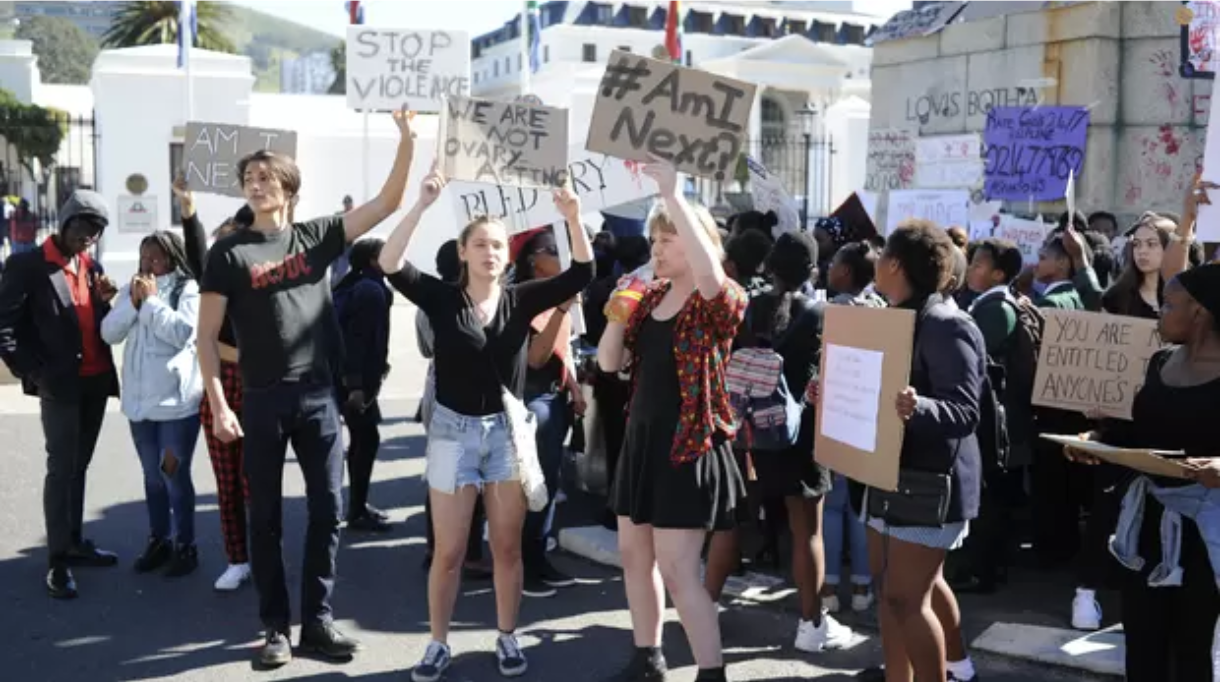 The question, “Am I next?”, declares the scale and ferocity of gender-based violence in our society, no less than a war on women – a very real, high level of femicide.

The assessment that men are at war with women is more than a statement on the number of incidents or the viciousness of the violence perpetrated. It is a conclusion based on the underlying social dynamics that continue to enable and sustain male-on-female violence as a hidden trait of society.

Hidden, because it continues in spite of what our Constitution commits us to, our legal codes keep us accountable for, and our best attempts to disrupt the violent legacies of our past.

At the heart of the problem lies the dynamics of “social hierarchy” and of “ignorance”.

The form that social relationships take determines how different people and groups interact with others.

Over time familiar ways of interacting become so entrenched that they determine what types of behaviours and social norms are taken as acceptable for individuals, communities and society at large. So familiar that what we consider everyday practice become hidden rules that we no longer doubt or question, and expect others to follow. These roles become social hierarchies of race, gender and class, among others. Social hierarchies determine some to be the powerful and others to be submissive – underlying rules about who may do what and speak, and who must serve and be silent.

It creates a centre and a margin in society – a centre with power and privilege and a distanced and poor margin that must mimic or try and disrupt the centre.

Social hierarchies disallow those at the centre and those at the margins to construct roles other than what the hierarchy determines.

At the centre one must struggle to retain your powerful position, and at the margins you struggle to survive.

In this way social hierarchies get a life of their own and function in particular ways to sustain themselves, one of which is to teach the powerful how to be dominant.

In the case of gender-based violence social hierarchies are an expression of patriarchy – the underlying social system that determines men to be the powerful and women the powerless.

Whether by intent or not, in subtle ways our families, schools, faith communities, media and institutions teach men to be dominant and woman silent.

It teaches men to perform certain roles and the rest of society what to expect of, and be patient with, men.

Herein lies the actual power of hierarchy: not in its enactment, such as through direct violence, but in our hidden assumptions about what is acceptable, and in our work to retain or comply with it, irrespective of our intention to do so.

This is the argument for defining the scale and ferocity of gender-based violence as a war of “femicide” – a hidden, but unrelenting campaign of a social hierarchy to sustain itself by enacting violence against those it wants to keep powerless.

It succeeds because its strongest tool is ignorance – the way that people are so used to violence, they simply do not see it as such.

It is the way that people choose to turn a blind eye when they do recognise it.

Ignorance is more than simply not knowing. It is the hidden and skilful ways in which we choose not to know so as not to upset the peace. #AmInext has finally upset the peace. Now we know. Now we must do differently and disrupt hierarchy.

* Buys is the executive dean and dean of humanities at the private and non-profit higher education institution, Cornerstone Institute.

** The views expressed here are not necessarily those of Independent Media.
Cape Argus