#changethestory: Government must be about eradicating poverty, not creating billionaires

Article by Lorenzo A Davids 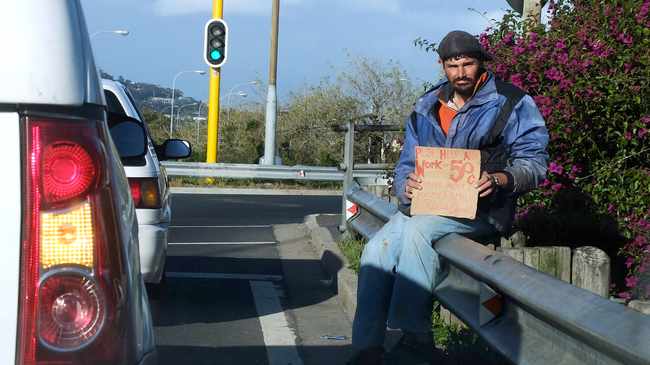 “A total of 20.6 million working-age people are not able to participate in the formal economy. There is no work for them…” Picture : Ian Landsberg/African News Agency (ANA)

The numbers are overwhelming: Statistics South Africa reports that South Africa has a working-age population of 39 million people.

These are people between the ages of 15 and 64. The formal economy only has an employed labour force of 14.1 million people. We have 4.3 million people officially unemployed. We also have 2.5 million discouraged work-seekers. And 18.1 million people are not economically active. That’s the 39 million working-age people of our population.

A total of 20.6 million working-age people are not able to participate in the formal economy. There is no work for them. Because of Covid-19, we also shed 2.2 million jobs in the second quarter of the fiscal year.

We now have a sustainable livelihoods crisis on our hands. The downstream effect of all this will begin to play itself out in the third and fourth quarter of the fiscal year. Let’s start with the obvious – fewer people will be able to service basic debt and financial obligations.

Bond and other bank-financed payment defaulting will increase. These include car and short-term loan defaulters. The insurance industry will see people giving up on extended insurance cover. There will also be a rise in greater houselessness.

A further downstream effect is the disruption to families; more working-age children (15-18) will be forced to leave school to help earn income for cash-strapped families. This phenomena will hit poor black families the hardest. Our society will be burdened with another generation of students who did not finish high school. The privileged youth will survive and the poor youth will be on the streets, standing at traffic lights.

Fewer people will be able to afford basic necessities like staple foods, electricity, safety measures and public transport. This will add to the burden of disease and illness, which will increase early mortality rates – both in childhood and adulthood.

For South Africa’s poor, this is not a new normal. This is a far worse off “old normal”.

South Africa’s poor will be faced with conditions akin to early apartheid South Africa – when masses of people were forced into far-flung ghetto zones called townships and prevented from any meaningful participation in education or the economy.

In the 1950s, it was enforced by a rampant newly-elected National party. Today our economic woes are brought about by a collision of corruption, collusion and crass incompetence – all in the middle of a pandemic.

When listening to the ongoing revelations of corruption perpetrated by national and local governments, and the incompetence by men such as Free State Human Settlements MEC Mosebenzi Zwane – who admitted he did not know and had not read the Housing Act that governed his department, yet gave out tenders in excess of a billion rand – we must never forget the downstream effect, the impact it has on poor people, on children and on the aged.

Our democracy is supposed to be a “better life for all” democracy. Eradicating poverty, not creating billionaires, should be the main business of all spheres of government.

Politicians have a way of behaving that suppresses public sentiment about these issues. Early on in the state capture revelations, then-president Jacob Zuma told the nation “not to believe the political talk about the existence of state capture”.

That we have others who die a slow, agonising death, having given up all hope of a better life for all, is the saddest part of our current history. All this while we hand out tenders worth billions of rand to the corrupt, and as another township child makes his way to a South African traffic light.