District Six Rising from the Dust 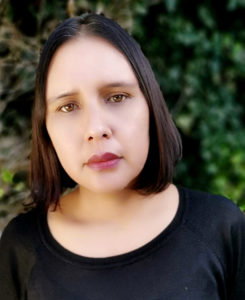 The first time I connected with the notion of ancestral land was when I moved to District Six in 2013. The move to this now desolate place awoke in me a well of emotions, collective memories of tales about my grandparents and other relatives’ lives in District Six.

My grandfather owned a tailor shop in District Six and he would proudly speak of the suits he made for advocates and judges. My grandmother would reminisce about how she polished her wooden floors until they gleamed and people would complement her beautiful floors. These pleasant memories would be followed by straight out of the history book versions of forced removals. A chapter of their lives that was too hard to talk about. It is with the spiritual understanding that this desolate land of District Six holds countless unspoken memories of joy and pain that I set out to create my documentary District Six rising from the Dust.

I started by speaking to my mother. She spoke candidly about being forcibly removed. It was the first time she’d done so – and on camera. Through that I realized what they had robbed us of. My grandfather owned five houses in District Six but was only restituted one house. The house I was living in while I made my documentary. When I asked about what happened to his tailor shop my mother recollected how they had gone on a pilgrimage to Mecca and upon their return Hartley’s Tailor shop was demolished. Three generations of family trade and legacy flattened by the Apartheid State. This was my turning point. I realised that the stakes were high for my family and I had to reclaim what I could for District Six.

My film also documents my return to this ancestral land and the challenges faced by its current residents. It is crime ridden and the open fields are populated by vagrants and gangs with no amenities for youth or the elderly. And more recently it has become an extension of the Cape Town taxi rank, which bears problems in itself.

To do my part I got involved with the District Six Civic Association. The first thing I worked on was the Aspeling Street Garden where we initiated a green day and turned a dry patch of land into a garden. We lobbied for and managed to get a decent park for the children in to play in.  We also successfully engaged the City of Cape Town to provide shelter for the transgender sex workers who lived under a bridge. The shelter was built in Culemborg.

I believe I spent my five years in District Six productively. However, I’ve come to realise that the problems of District Six are bigger than me. As a working filmmaker, my partner and I are fortunate enough to be in a position to provide our children with a better living environment. So, it is with a heavy heart that I have decided to move out of District Six and leave behind a community of people I have come to know as family.

The Group Areas Act destroyed our family homes, disrupted and traumitised families and communities. Even though we still experience its effects today it cannot destroy the spirit of our people. I received nothing but love and care for my family from the current District Six residential community and I will continue to serve this community in the work I do.

Weaam Williams is a director, screenwriter and poet. Her documentary ‘District Six Rising from the Dust’ will be screened at Cornerstone Institute’s Reclaiming Agency 2.0 on 8 November 2019.