Decolonization can’t just be a metaphor 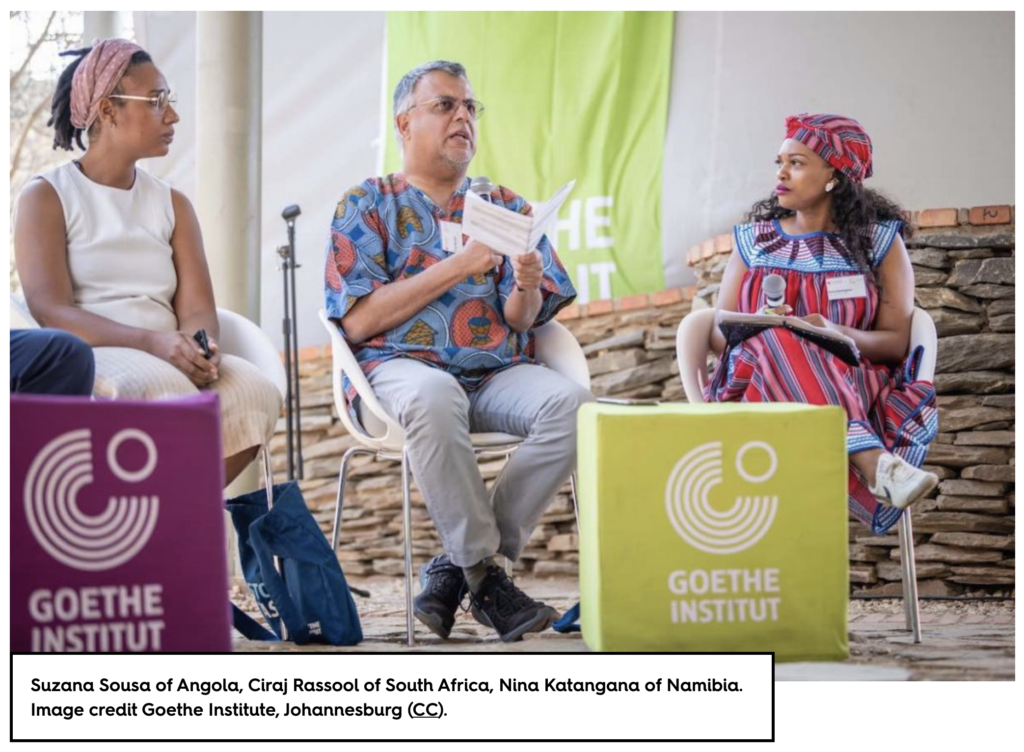 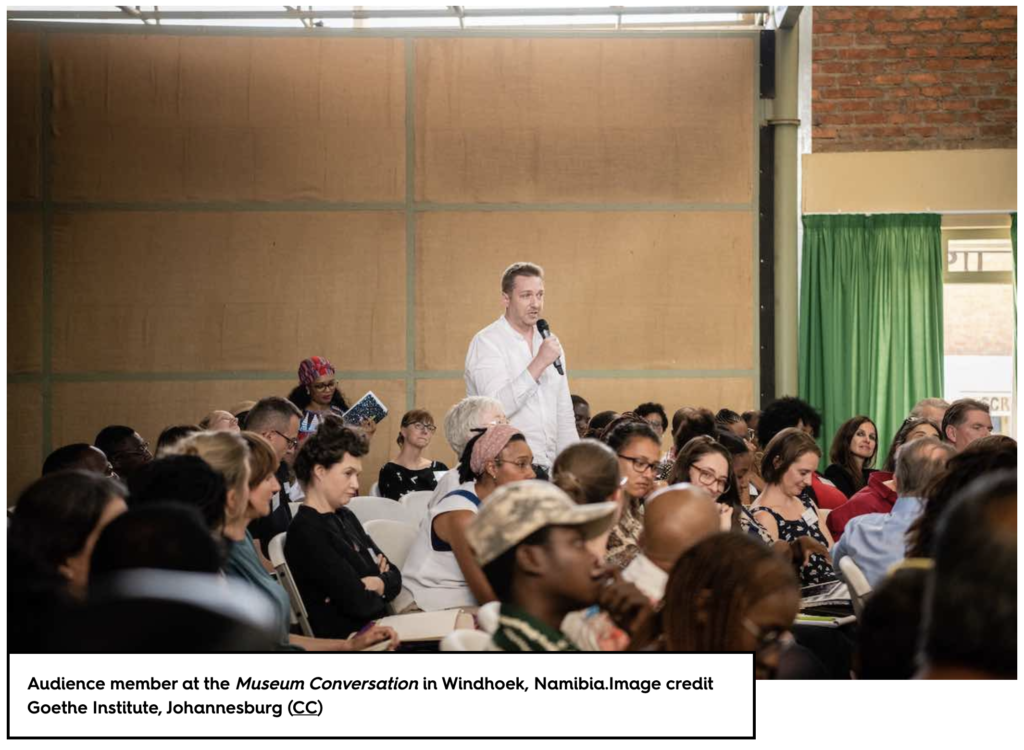 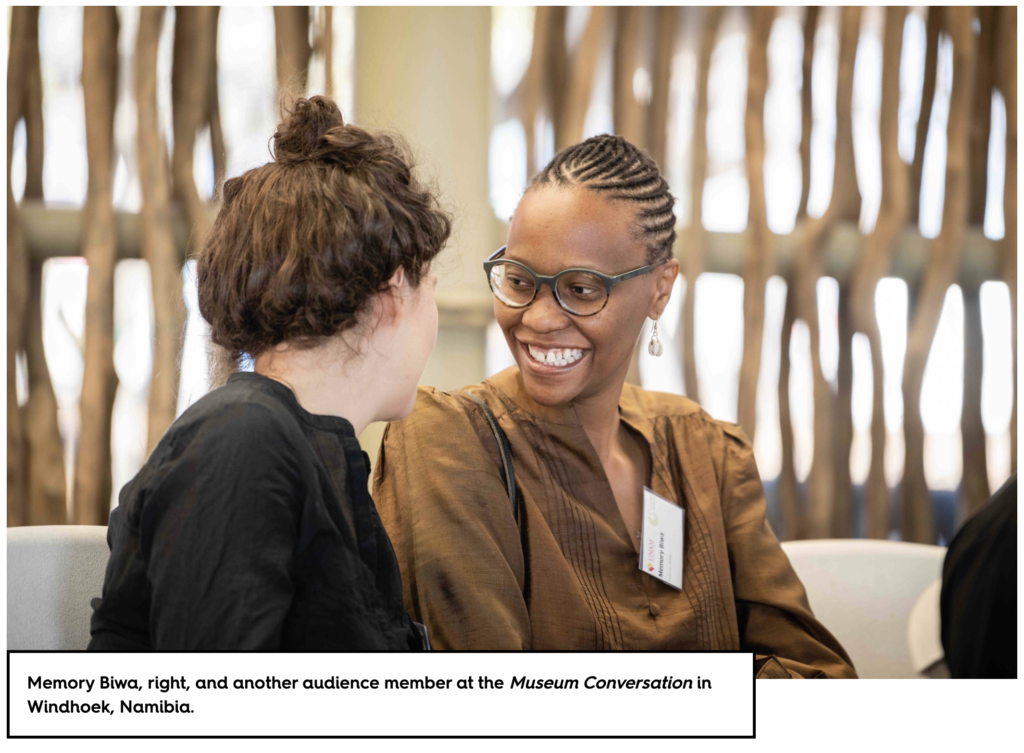 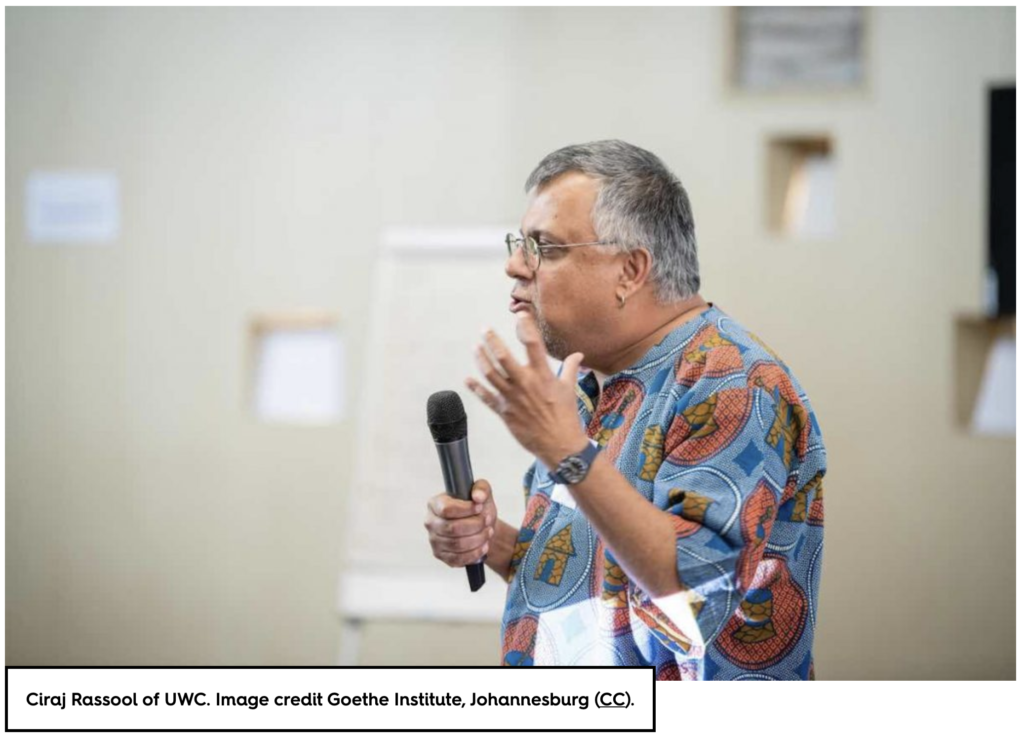 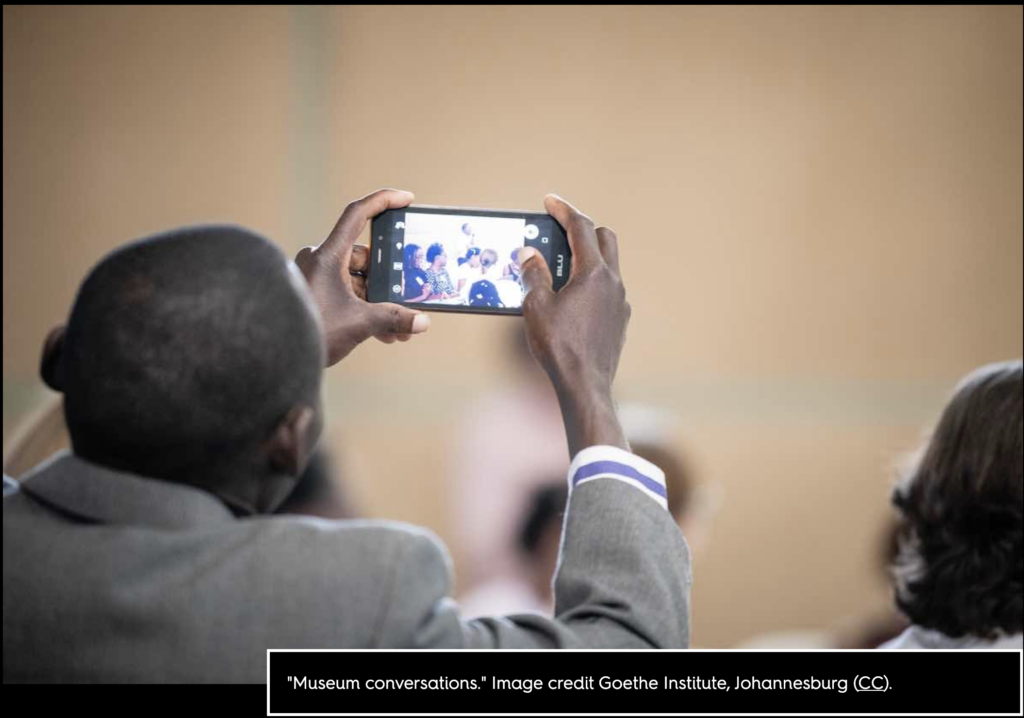 In the museum world, particularly in Europe, conferences and workshops around “decolonizing” colonial collections and what to do with stolen artifacts turned ethnographic objects have become commonplace. Small parts of those collections are displayed in exhibition halls while much of the material culture and human remains from Africa are kept in boxes, locked up in basement storerooms. European museums often invite artists and activists from Africa and the diaspora to “mine the museum.” Namibian scholar and artist Nashilongweshipwe Mushaandja names this “practice of museuming” as one that asks the victims of colonialism to handle its baggage.

The issue is pressing and it is taking place on the African continent too, which is how the Goethe-Institut Namibia came to run a conference in Windhoek, the country’s capital, called “Museum Conversations.” The conference concluded a series of regional meetings with key stakeholders in the museums sector from around Africa and Europe. In the opening speech, the director Daniel Stoevesandt explained that Goethe-Institut is positioning itself as a facilitator on the continent, creating connections between regional stakeholders and players in the field.

“Museum Conversations” included a range of voices from around the continent. Prominent scholars in the museum sector, such as George Abungu from Kenya and Ciraj Rassool from South Africa, advocated for the need to urgently address the histories of violence in the museum in order to shape the museum of the future. Veteran educator and activist Mandy Sanger from the District Six Museum in Cape Town spoke about how hierarchies of suffering and trauma are used as currency in these conversations. Others, like Wandile Kasibe of IZIKO Museums of South Africa, likened museums to crime scenes, highlighting the complicity of museums in maintaining the silences of the crimes committed during the colonial period, including theft, murder, and genocide.

So how are European museums addressing the question of return, restitution, and repatriation? For the most part, not very well. From personal experience, in attending many of these kinds of forums, the return or repatriation discussion is still framed as a “debate” and I get the sense from colleague-elders that these “debates” have been going on for a very long time. To quote the title of a text by Eve Tuck and K. Wayne Yang: “Decolonization is not a metaphor.” It is time to move from talk to action.

Here is an example, involving the German return of Namibian artifacts, that treats decolonization as a metaphor. Facilitated by the Museums Association of Namibia, 20 objects will soon be returned from a German museum with conditions: 1) the objects are initially loaned for a three-year period after which the Namibians can apply for a permanent loan; and 2) the Namibian government must fund the return of the objects in addition to other costs involved, like the process of cleaning the artifacts—removing the poisons and toxins used by conservators to preserve them for posterity. The German government claims that the loans system is a way to bypass German laws around ownership. Some others have argued that the artifacts of African origin have an entangled and shared heritage as they now belong to both Europe and Africa. But this a shared history based on violence and theft. Can one really claim ownership of something that was stolen?

The question of human remains and cultural material held in European ethnographic museums is also a question of the largely devastating afterlives of European colonial rule. The extractive nature of colonialism meant that European nations could build their countries’ wealth through the extraction of culture, resources and people from Africa. Colonialism enforces displacement, and while the period of formal European colonialism has ended in Africa, coloniality persists. As Walter Mignolo argues, coloniality “is the continuing hidden process of expropriation, exploitation, pollution, and corruption that underlies the narrative of modernity, as promoted by institutions and actors belonging to corporations, industrialized nation-states, museums, and research institutions.”

The issue at hand also seems to be that European Museums as instruments of the state suffer from what Anne Laura Stoler calls colonial aphasia—“In aphasia, an occlusion of knowledge is the issue. It is not a matter of ignorance or absence.”

We cannot keep having debates for the next 50 years. We need strategic intervention. A more productive use of the time for museum professionals in Germany for example would be to lobby the government to create policy to speed up the returns process. In September 2019, Bénédicte Savoy, who together with Felwine Sarr authored the report commissioned by Emanuel Macron: Rapport sur la restitution du patrimoine culturel africain, has, with others, set up the appeal “Open Museums Inventories of African Artifacts.” It relates to the German context and demands that public museums and authorities in charge in Germany:

… make the inventories of African objects in their respective collections available worldwide as quickly as possible, regardless of the degree of completeness or supposed perfection of these inventories. Simple scans and lists are sufficient. We need them now. Only then can the dialogue begin.

That dialogue should then be one that focuses on how Europeans can return objects in a way that respects their original purposes (sometimes spiritual or ritual) and without putting the burden of that labor on Africans. It should also be one that asks not whether African museums have the conditions to preserve and exhibit such objects but, rather, how to create spaces that don’t operate with colonial logics.

As Namibian scholar and artist, Memory Biwa asks: “Are there other spaces that we can create where communities themselves can narrate histories of objects?”