#changethestory: The end of the 25-year illusion 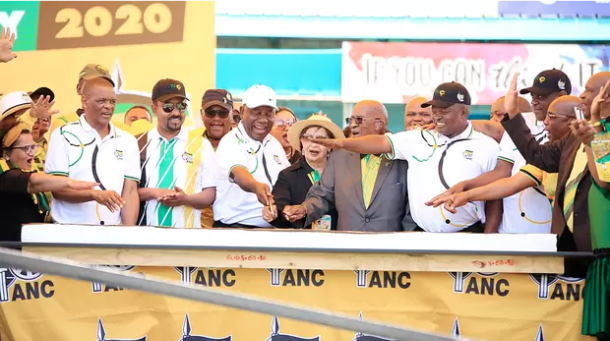 We have lived through apartheid. The painful wounds of decades of discrimination are forever scarred on to our bodies.

We continue to count the lives we have lost.

We have seen blue T-shirts, red T-shirts and yellow-and-green T-shirts being worn by thousands – many who do so simply to get access to a meal. We have strutted the world stage draped in glory and we have embarrassed ourselves on far too many occasions as well. We have seen our education system fail to nurture the brilliance of our children and we have seen three-metre birthday cakes to celebrate political mediocrity.

In a crude way, political power has replaced political service. Our politicians win Twitter debates and give firebrand speeches. They insult and fight each other across diverse platforms ad nauseam.

The 490 Members of Parliament and the National Council of Provinces have a virtually non-existent relationship with the 57 million people who live in this country.

“We the people” have become a hollow ideological expression without any relevance to current policy and public conduct. It was the people who lived with suffering and dying relatives due to Aids denialism. It is the people who are suffering due to unemployment.

Whether it is text books or toilets, load shedding or potholes, this circus of failure must come to an end.

The millions suffering in hell holes called informal settlements and townships must demand an accountable and engaged political class. The luxury of debates on Twitter or numb celebrations do not address the people’s plight in a province where nine schools did not have a single matric pass, nor the pending fear of 10-hour blackouts.

We have a dangerously disconnected political class. The patience of 57 million people is running out. The glaring neglect of the plight of the people – from job creation to education to transport to health to safety and security – by a democratically elected government is becoming painful wounds that are slowly turning into deep scars that will remain, and be remembered forever.

Politicians must wake up to how nauseating their opulence, wealth and indifference are becoming to the people. The suppressed and increasingly angry voices on the streets are whispering that such extremes will no longer be tolerated and much less adulated. It is time that we the people become the main business of our democracy.

Arthur Millar, the American essayist, wrote in an article titled “The year it came apart” in 1974 in which he said “we know an era has reached its end when its basic illusions are exhausted”.

We’ve reached the end of the illusion.

We never anticipated that we would be this scarred again. The broken men, poor children, hungry masses, violated women and exhausted grandmothers don’t deserve to live through more broken promises. It is time that two things happen: politicians share in our suffering, and politicians work to end our suffering.