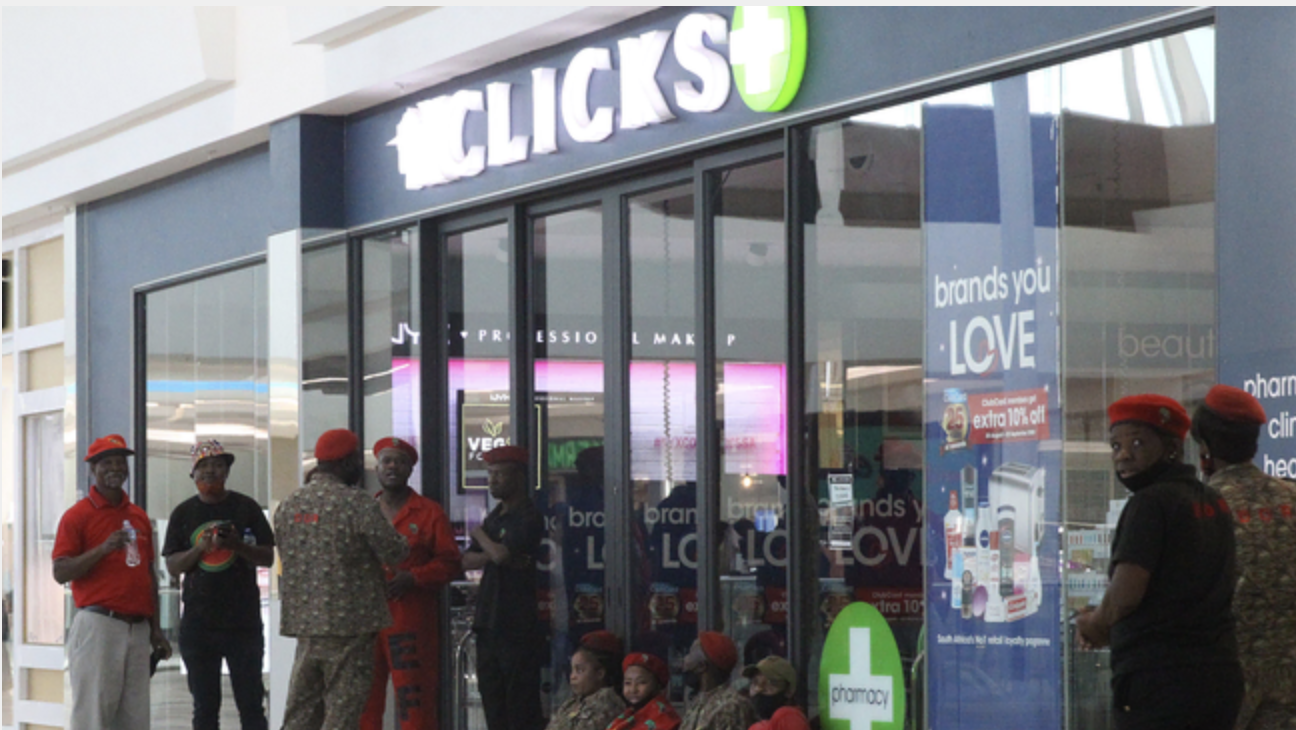 Clicks, Unilever and the hundreds of unwritten incidents about race in this country all show us that race passivity and race silence is a dangerous low road scenario for South Africa.

The continuous attempts to push us towards race passivity and race silence are the reasons we see these explosive behaviours at the more visible race-insulting incidents.

Our unwillingness to have deep dialogues about race and racism undermines the building of a safe, inclusive, just and prosperous democracy for all.

In recent months, we have also had the Spur and H&M cases, as well as the racism issues at former Model C schools. In each case, the inconsistent logic defies all sense-making.

In the Clicks and Unilever case, why are black women not rising up and boycotting Clicks and Unilever products? Why is it that all we see are political parties who use all these incidents to drown the issue in rhetoric? Are political parties allowed to fire-bomb buildings and commit other acts of public violence? I would much rather see them using that same energy to conduct dialogues about building a race-aware democracy, building safer schools, fixing broken homes, ending gender-based violence and stopping corruption.

If all our political parties do is to arrive at each protest to dominate the scene with their brand of politics, we will never have a deeper democracy. This type of politicking is nothing but a distraction from their absence in doing the actual work of justice in our education, health, economic and community development spaces.

What astounded me this week is that Clicks and Unilever made a peace deal with the EFF instead of with the offended women of South Africa. The two companies agreed between them to donate 10 000 sanitary pads and sanitisers to informal settlements, and bursaries to five students, all which will be identified by the EFF.

Three things are of concern to me here. Firstly, did Clicks and Unilever just fund the political campaign of the EFF since the EFF will now be able to distribute these products “to communities identified by the EFF”?

Should we read “to communities identified by the EFF to grow the EFF voter base”?

Thirdly, does the EFF have the right to take a national moral injustice and turn it into a monetary outcome to boost their own political standing?

This “settlement” is going to cost Clicks and Unilever less than R1 million.

All of this reveals how shallow our democracy is.

What is the price of injustice? If every major incident like this is settled only in financial terms, then we can expect more political parties to jump in on the act in future.

Furthermore, we will now have company boards begin to budget for “settlement donations to political parties”.

Nothing in what was agreed to last week addresses the deep concerns we should have about untransformed, race-passive, and race-silent corporate boards and marketing agencies in South Africa. The race-passive race-silent approach means that the messages designed by businesses and ad agencies in South Africa do not actively seek to speak to our race tensions – they merely want to “move beyond that” to sell products.

Race silence and race passivity is our cancer. It is eating away at the deep intelligence that should be the foundation of our democratic architecture. Instead, we are settling for sanitary pads and sanitisers to pacify our outrage. A democracy can never be silent or passive. And especially not about race. And not in 2020.