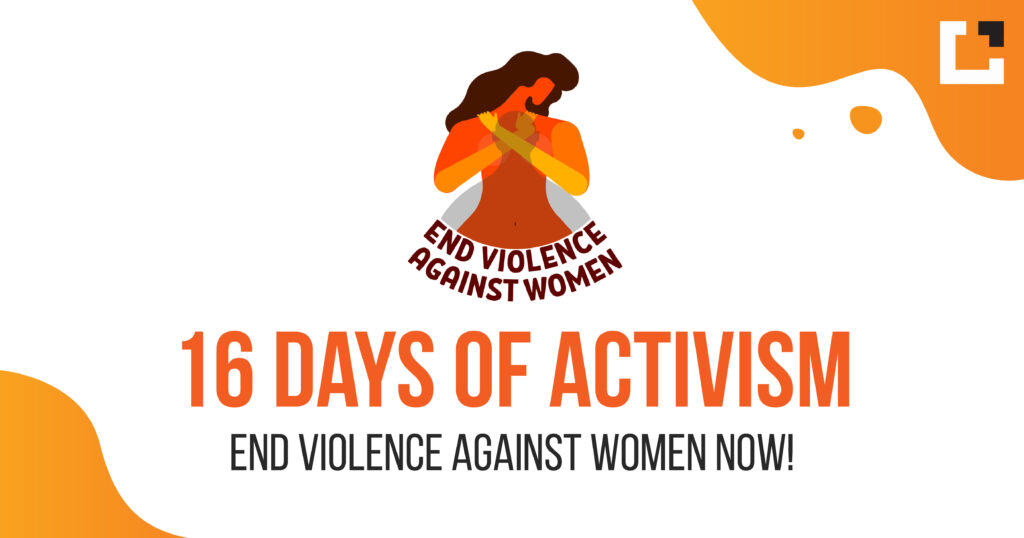 What is 16 Days of Activism?

Despite social and policy changes that have empowered women – such as voting, property ownership rights, improvement in the gender pay gap and multinational laws to prevent violence against women and girls – incidents of gender-based violence (GBV) continue to increase globally. According to 2021 estimates, nearly one in three women aged 15 years and older around the world have been subjected to physical or sexual violence at least once in their lifetimes. Violence against women and girls has remained largely unchanged over the last decade in most parts of the world. The 16 Days of Activism Against Gender-Based Violence is an international campaign that aims to raise awareness and generate action on this issue. 2021 marks the 20th anniversary of this campaign, which was first initiated by the Women’s Global Leadership Institute in 1991. Over 6 000 organisations in approximately 187 countries have participated in the global 16 Days Campaign since its inception. The campaign runs from the 25th of November, the International Day Against Violence Against Women, until the 10th of December, International Human Rights Day – and is timed to emphasise that gender-based violence is a violation of human rights. This 16-day period also highlights other significant dates, such as World Aids Day on the 1st of December and International Day for Persons with Disabilities on the 3rd of December. It’s an annual campaign, used by organisations across the world as an organising strategy to call for the prevention and elimination of violence against women and girls. Every year, the 16 Days of Activism Against Gender-Based Violence Campaign introduces a new theme or continues an old theme. Each theme brings attention to one aspect of gender inequality and the changes required to impact it. The global theme for this year’s campaign is, “Orange the world: End violence against women now!”. The colour orange represents a brighter future for women and girls, free from violence. This year, Cornerstone Institute will participate in the 16 days of Activism campaign by using our platforms to highlight organisations working to advocate, bring awareness or provide support in the gender-based violence activism space. Follow our website and social media platforms over the next ten days to find out how you can support organisations actively contributing to the fight against GBV in South Africa.